TripleA is an Open Source project for games like Axis & Allies or Risk. You can say that TripleA is only a game engine for this kind of games. But it is also a complete game, a implementation of the Axis & Allies board game. The game is played like Risk, but it is a bit more complex. It has the setting of the second World War. 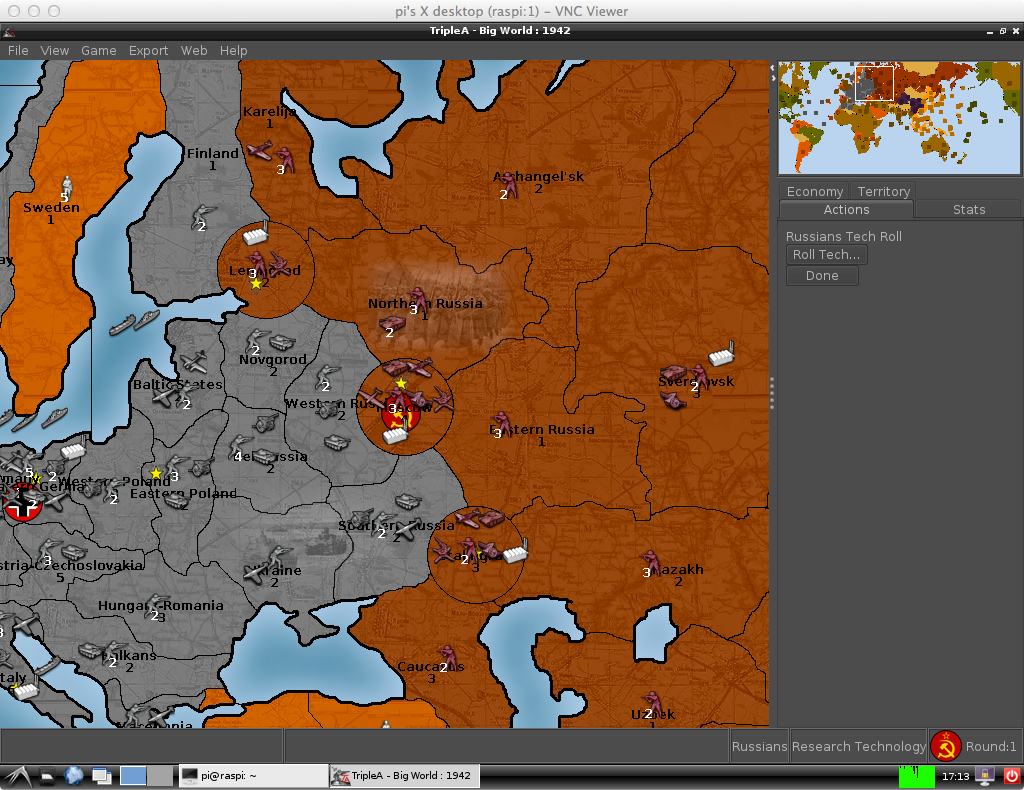 TripleA can be installed with a packet manager. On Debian like system this can be done with the following command:

The game can be started from your starting menu.

The game, or I should better say, the engine has some predefined games and settings. This settings are done with XML files. All relevant information about the game is stored in this files. From different units and values, maps and provinces up to the changes of the core mechanics of the game. It is a good idea to read through the readme before you  play a game. The following games are available after a clean installation:

Remember, this are only some samples. You can install many more settings or you can define your own.

The game is like Risk- It is round based. It can be played in single player mode against bots or online with other human players. For this you can define your own server or you can join another running game. 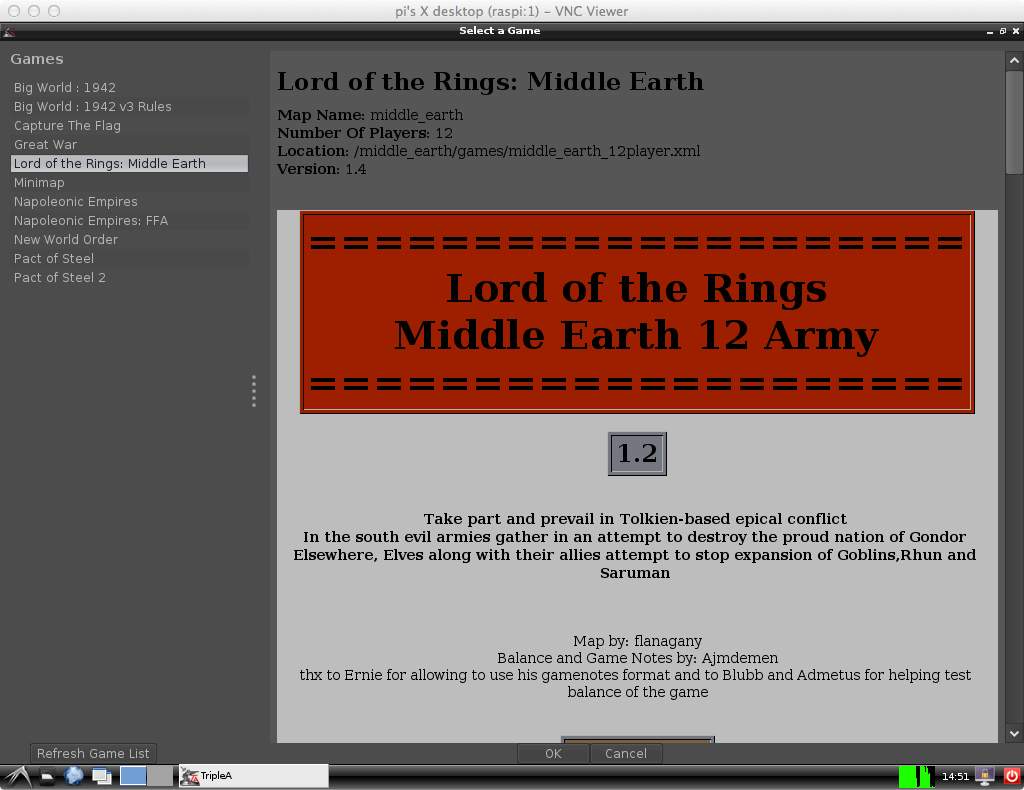 The game is complex, but it is a good strategy game. With it you can have many hours play time. On your Pi you may have a bit more hours to play, because the Pi is a bit too slow. A good solution is to build your own Raspberry TripleA game server.