One of my favorite games for Amiga was Battle Isle from Blue Byte. Battle Isle is a round based strategy game and i think the mother of all round based tactics games. The game is played on a hexagon tiled map. There two fractions are fighting for the victory. They have many different vehicles, tanks, planes, helicopters and ships. For the Raspberry Pi, there is an Open Source version of this game called Crimson Fields. 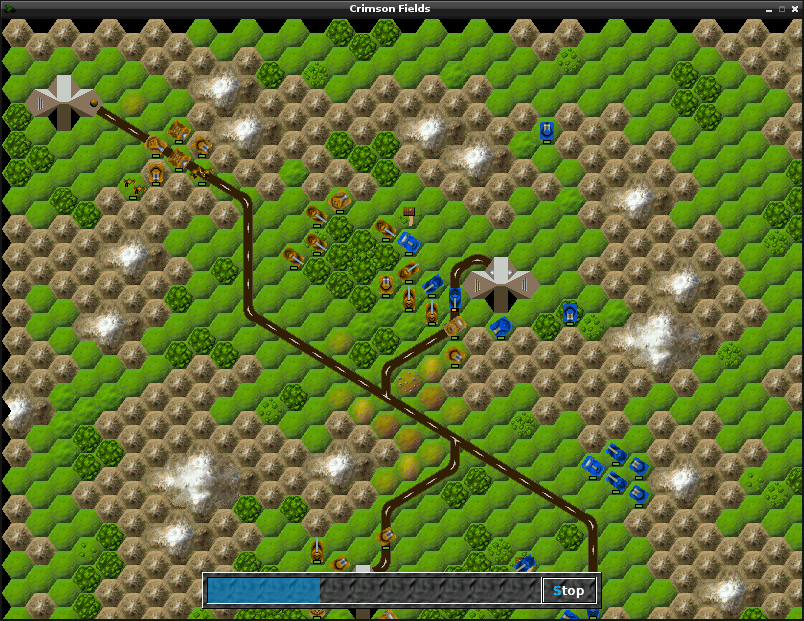 Installation is quite easy. With a packet system you simply have to run this command:

If the installation was successful, you will find the game in your starting menu.

The game looks as if it is a 1:1 copy of Battle Isle. One change is the screen resolutions which is now much higher. Unit types and terrain tiles are nearly the same as in Battle Isle, as far as I know. Also the colors of the units. The goal of the game or of each map is to destroy all enemy units or to get all enemy bases.

How the game works? This game is a tactical and round based strategy game which means you have enough time to think about your next steps. Tactically you have to consider unti types (their strengths and weaknesses) and the terrain, which have different attributes (street, plain, wood, mountains, water…). Unti types are heavy tanks, light tanks and scouts for example. They have different operating distances and also different strengths. Marines are weak and slow, but they are needed to capture enemy bases. You can for example use transport units to transport your Marines. This units are also weak, but fast. With this in mind you see, that there are many different ways and some maps are very hard, you have to think a lot. The game also have untis in the air and water. 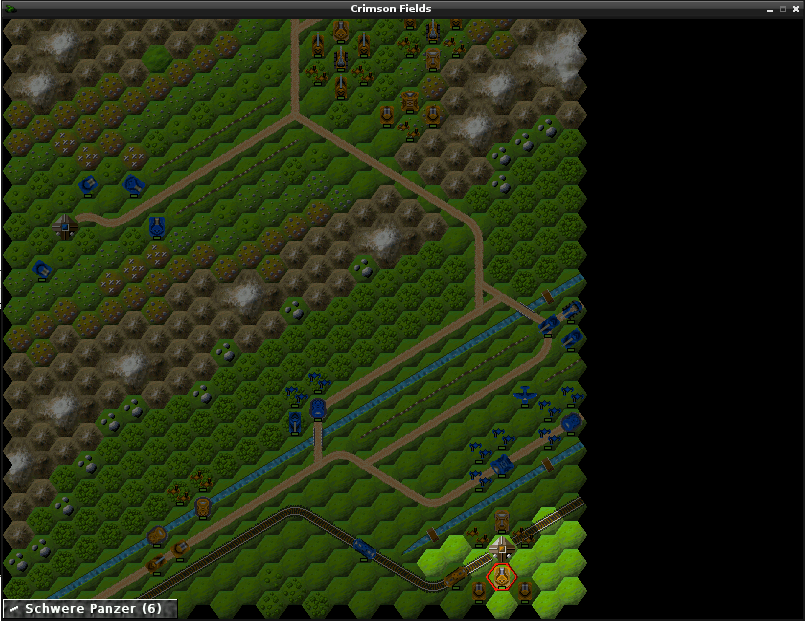 This is a classic game. It is like playing chess with hundred of figures on many different fields. It is the ideal game for all who love tactical strategy games. The only thing that I miss are the animated cut scenes and fight scenes…I hope this is fixed with the next Version….