One of my all time favorite games is Sim City. Some weeks ago a new version was released again, where the main game mechanics are equal to the one of the first Sim City. If you have a Raspberry Pi, then you can also play Sim City! I show you how.

The game comes with some saved cities, which you can grow bigger or you can destroy them. It is up to you. You can also generate an empty map and create your own city. For this you have to build power stations, set building, trade or industry grounds, police stations, hospitals, streets, and many more. With a limited budget you have to build a small town that grows and also gets a positive balance. You can extend the city with parks, stadiums, airports, and so on! Traffic jams, disasters or budget problems are problems that you have to face with. 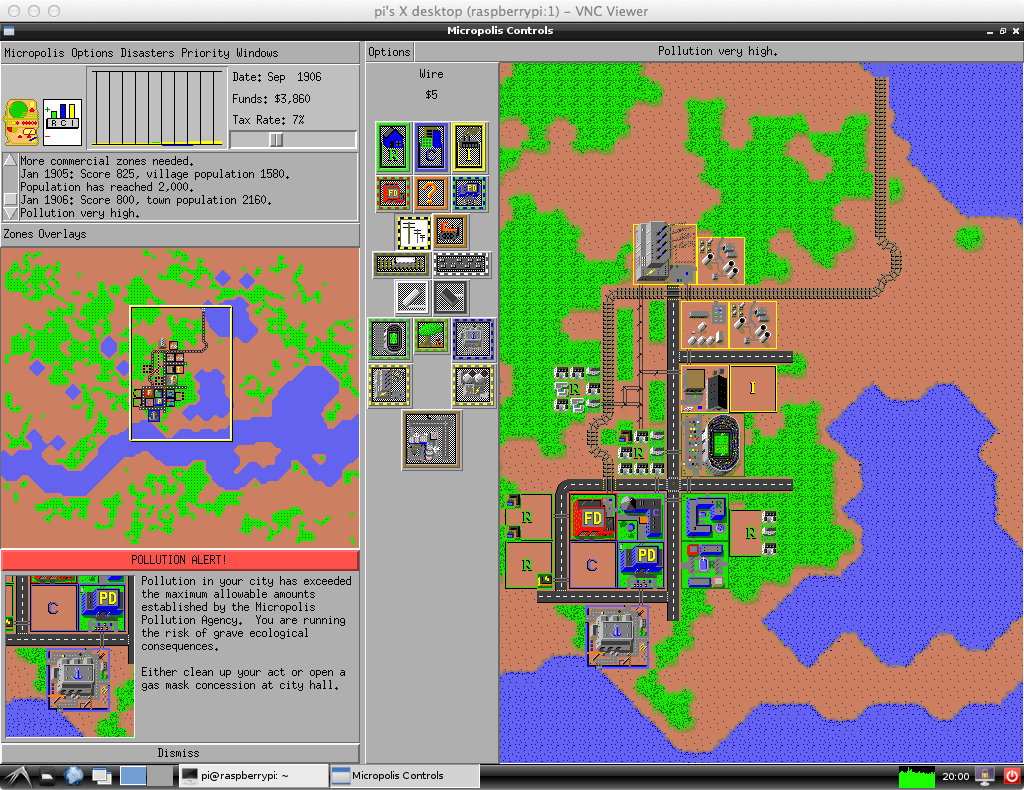 The game comes from the packet manager, so the installation is quite easy. You only need this command:

You can find the game in the games folder of you Pi or at the graphical user interface at the start menu.

This game is fun! Newer Sim City version may look better and have more functions, but the core mechanics are the same for more than 20 years. This version has only a few building types and functions, but the game is so dynamic, that there will be no boredom, because there is always something to do. There is lack of energy, a traffic jam or you have not enough money. On the left bottom there is an action cam where you will see currently happening action. My advice: install and try it! The game runs on the Raspberry Pi fluently with good performance! 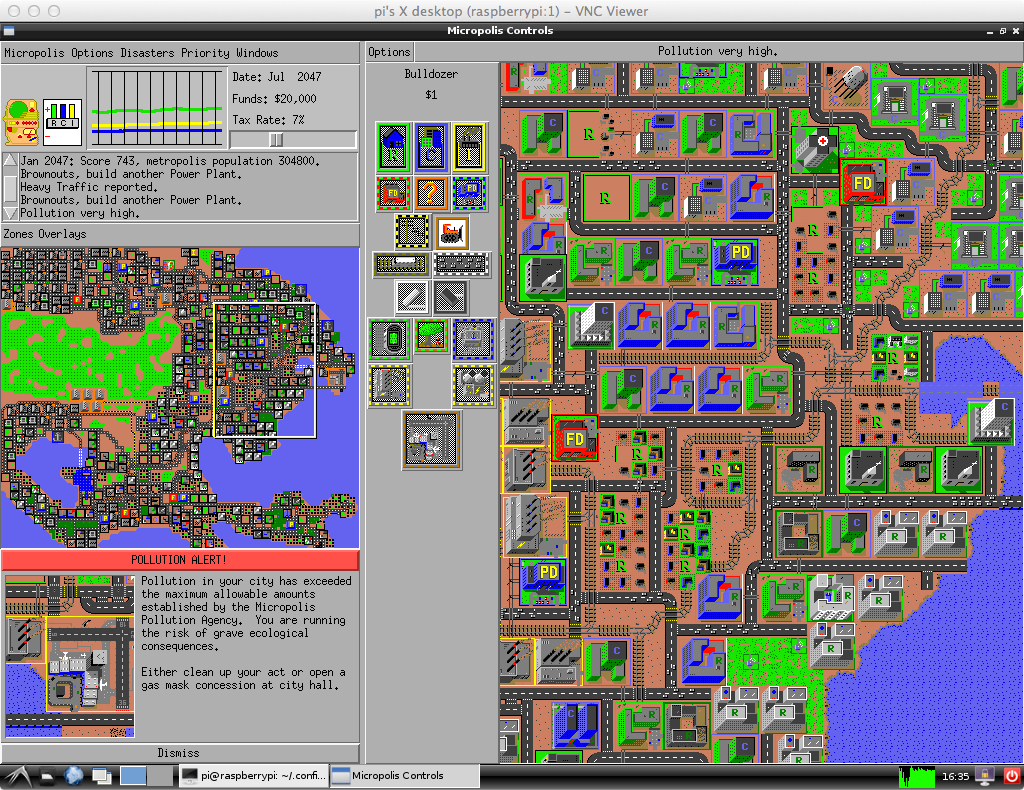 Micropolis is not the only Open Source city simulation. Another really good project is LinCity. This game has different building types than Sim City. The game mechanic is also quite different, but the game is also good and you will have fun to play it. LinCity also runs fluently an your Raspberry Pi and can also installed with the packet manager: 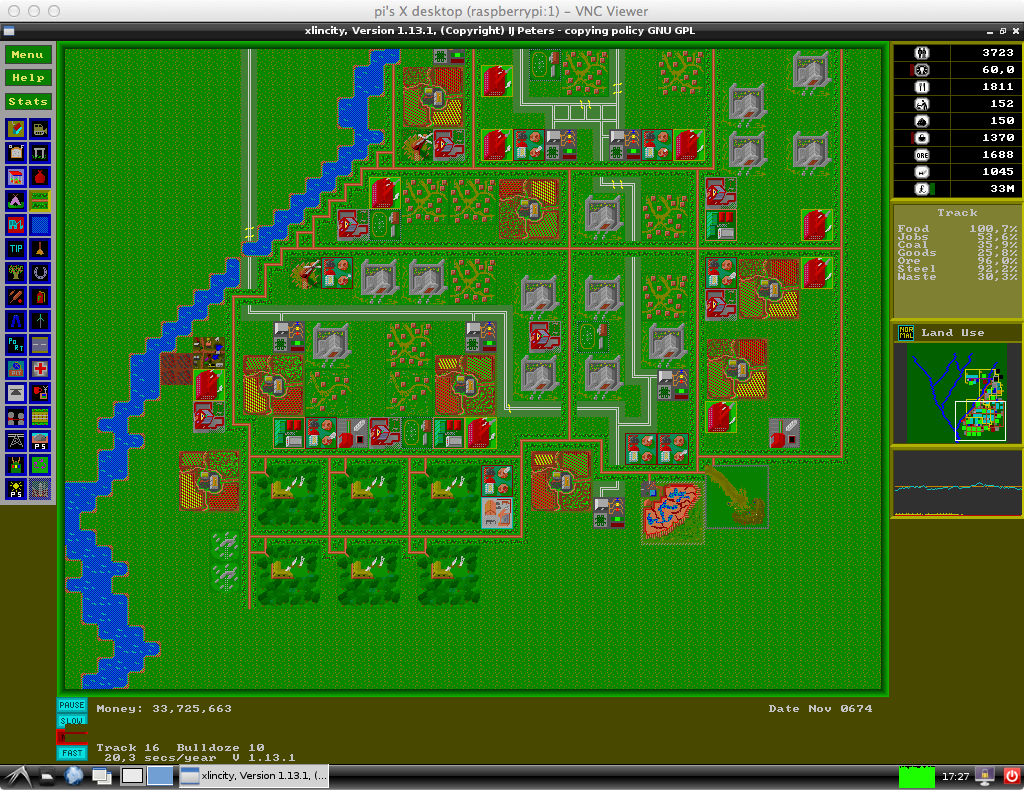