Genesia is a strategy game with retro flair. This isometric board game was built for Amiga in 1993. Since this time the user interface and graphics has been changed (or adapted to the current needs), the core game is still as interesting and complex as 1993.

The original version of Genesia was published in 1993 for Amiga. It was programmed with AMOS basic programming language. Some performance critical functions were tuned with assembler code. The source code of the game had about 10000 lines. The color palette had 32 different colors and the resolution was 320 x 200 pixel. The game was delivered on 3 floppy disks.

The game was completely reprogrammed in 2010 for iPad 2. This was done with Xcode. The programming language was Objective C and the source code had about 25000 lines. The resolution was enhanced to 1024 x 768 pixel.

Currently a new version is developed for PC / MAC / LINUX / ANDROID and IOS. For this, ideas from fans will be integrated and the resolution will be increased again to 2048 x 1536 pixel. The game should be published at the end of 2013.

The game obviously looks simple. You will start your game on an island that is divided into provinces. Each player owns one province. All other provinces are neutral and can be conquered. 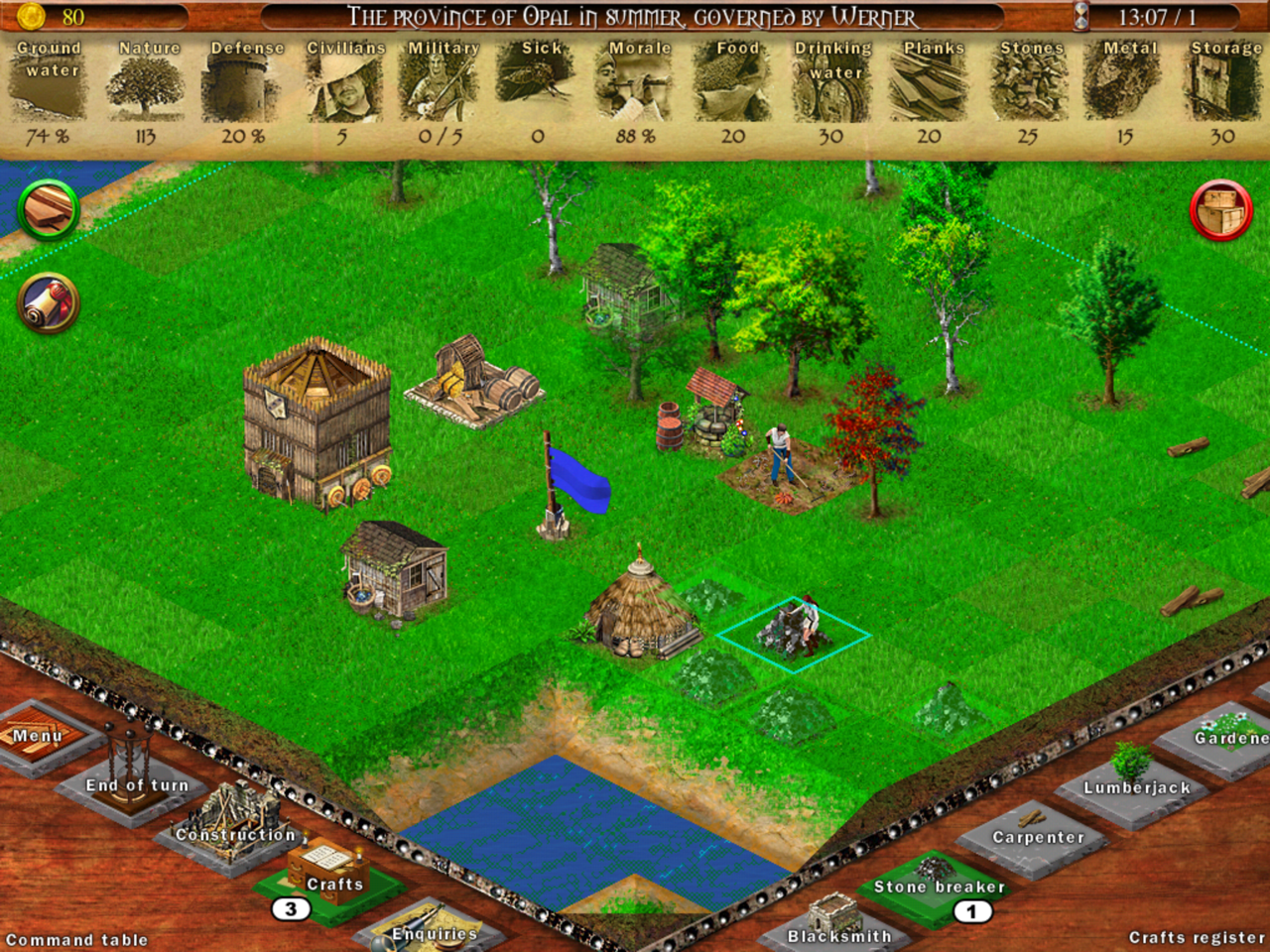 The gameplay is the following:

The actions are very limited, but the game has a huge number of resources. This is the fascinating part, because it combines elements of strategy games like ‚The Settlers‘ with social elements like ‚The Sims‘. You should keep care of all resources, because if you miss one, you will lose. Civilians with bad morale for example will free. Here is a list of all resources:

As you can see, there is much place for conflicts. If you are missing one or two types of resources, it can get worse. If you have no food for example, than the morale will get worse, civilians get sick, they will left your province and you will have less workers to get food! Sometimes it is hard to stop such a situation and you may end with a small number of people and have to restart your economy again.

The goal of the game is simple. You have to find seven lost gems. These gems can be found anywhere on the surface of the island. The problem, you can only start the search of gems if you build the most expensive buildings (cathedral and library). For this you have to earn a lot of resources, fight other players and try to survive. You should conquer other provinces to get more resources.

Each province has a flag, which can be conquered with a military. If you defend this flag for a year, the province is yours. Attention: other players also try to get the flags. It is important to not only get new provinces, you should also be able to defend them. AI players are sometimes really aggressive. 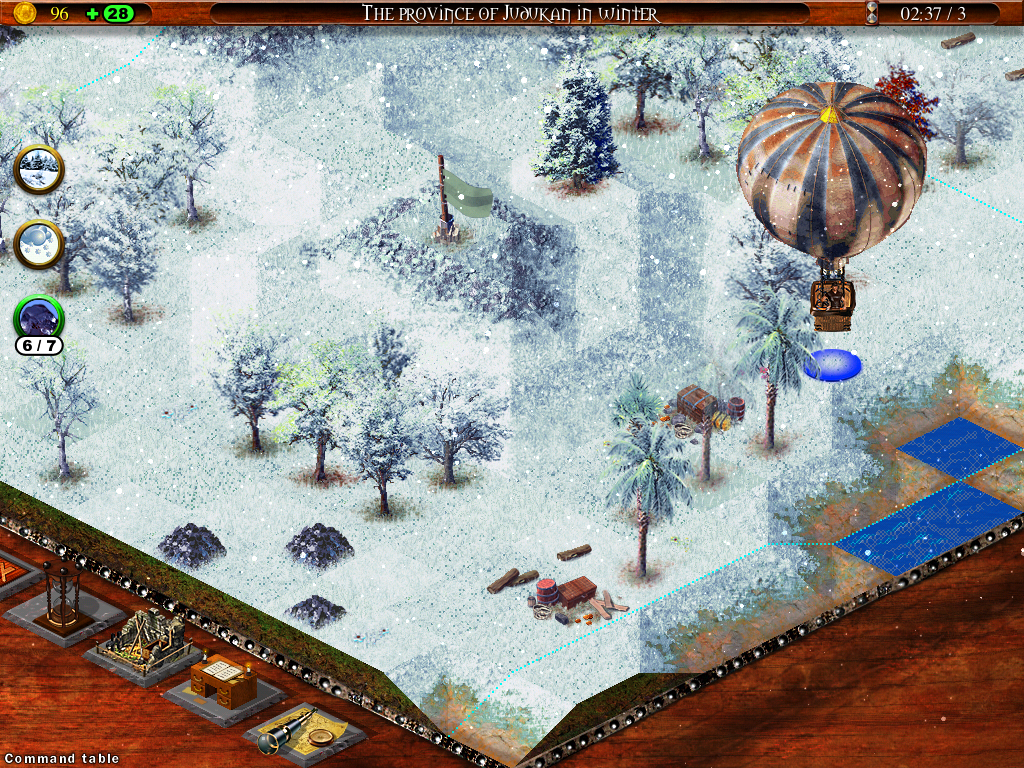 Genesia is a really good strategy game for strategy fans. The game looks simple. You can only do a small number of things each round, but has a very complex game mechanic. It is very important that you think before you do something. If you make a small mistake, it can get bad after some rounds and you may loose. The save system is cruel! You can save whenever you want, but you only have one memory slot per game. If you lost the game, the memory slot is erased! So it is not possible to correct an error.

This game is truly old. Some game mechanics are not really modern. Sometimes the player misses information. I have played some hours and in round 200 is suddenly lost the game and I have absolutely no idea why. This is embarrassing. Maybe another player got all gems or maybe the game is over in round 200…