Today I have a really funny thing! An Open Source First Person Shooter for all Counter Strike Fans. I will show you how to install and configure an Assault Cube Server on your Raspberry Pi. Assault Cube? Yes, this is an Open Source Counter Strike that is really funny to play and it works on your Raspberry Pi. It runs very smoothly and fast, so it is possible to host a multiplayer game for a LAN party on Raspberry Pi (or use it in your local network for example school or so…) 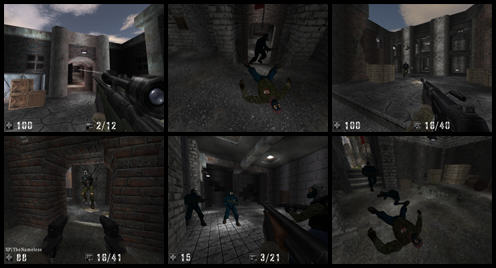 For the installation you should create a new directory at the home folder on your Raspberry Pi (/home/pi):

Now we need to get the code. For this we will install the Linux version of the game (for all assets) and the source code. The source code is needed, because we need to recompile the server for the ARM architecture of your Raspberry Pi. For this tutorial I use version 1.1.0.4 of the game (there is already version 1.2 available, but the older version is more common at the moment). So first we need to get the Linux code:

and then the source code:

You will find two packed files in your assault directory. We need to unpack them. This code will be unpacked into a directory calles 1.1.0.4. I will separate the two packages into directories called ‚ac‘ and for the source code ’source‘:

Everything is ready now to compile the server for the ARM architecture. Don’t panic, that is not that complicated! You only have to type in some commands and to be patient. First thing is to change the current directory:

The following things need to be done to compile the server:

After some time, you get back the command prompt, compilation has finished (hopefully without errors). The last thing is to create the server programm:

The server is ready! You can’t execute it, because we need to copy the program file to the Linux program data of the Assault Cube game. For this we copy the server file:

We will also need a library file to run the server, so we create a link to it:

That’s it! We change the current directory to the game directory and start the Assault Cube server with the following command:

You can watch the debug output. My server tried to connect to a meta server, which failed. That was no problem, it was possible to play a LAN game. 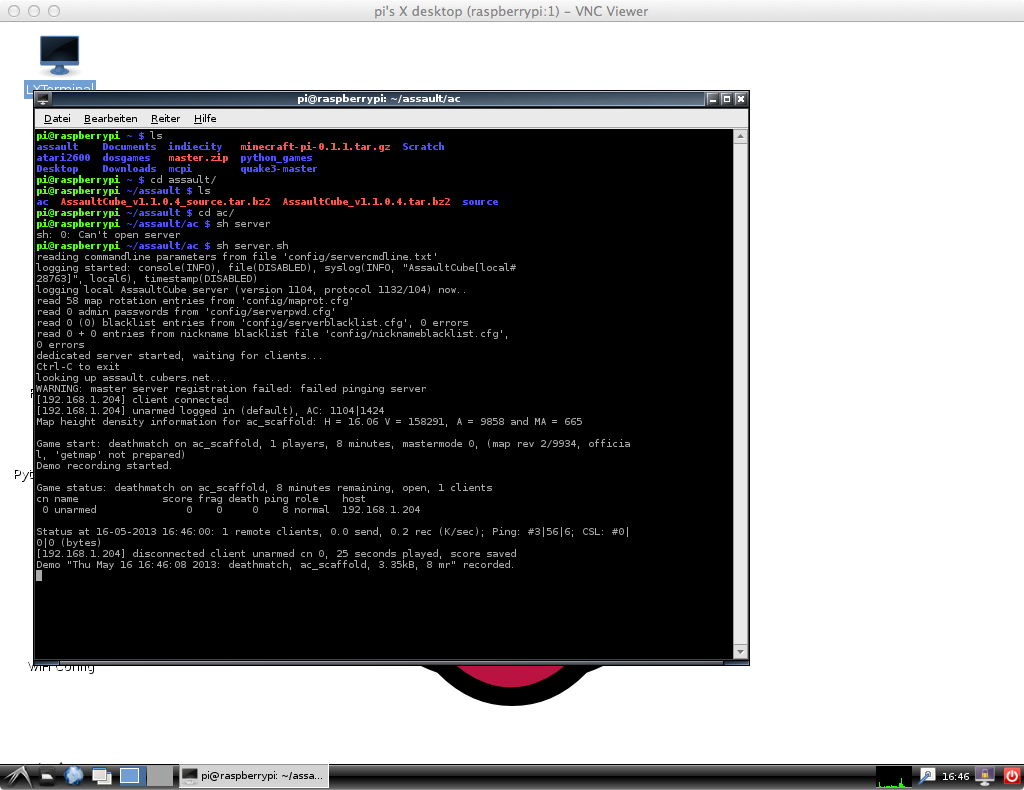 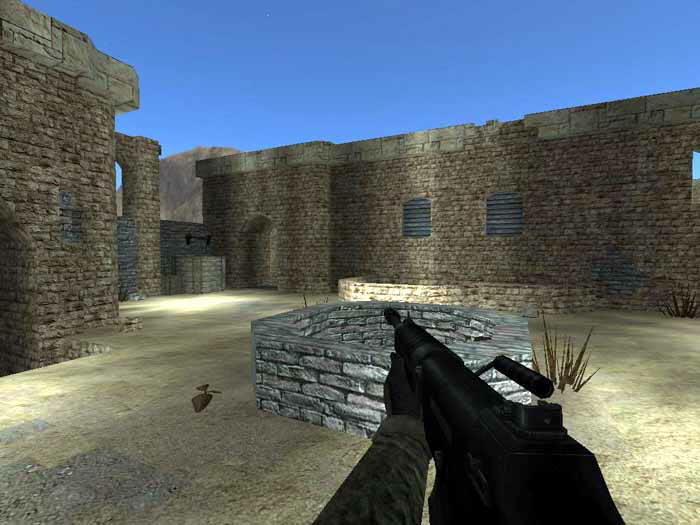