Last week I defined all necessary hardware and software and gave you a better understanding of how this server will be used. Now its time to start installing and configuring. The first important question is the right host operating system. This is also the most important question, because you can’t change it afterwards without installing all things again. The following points are important for this choice: 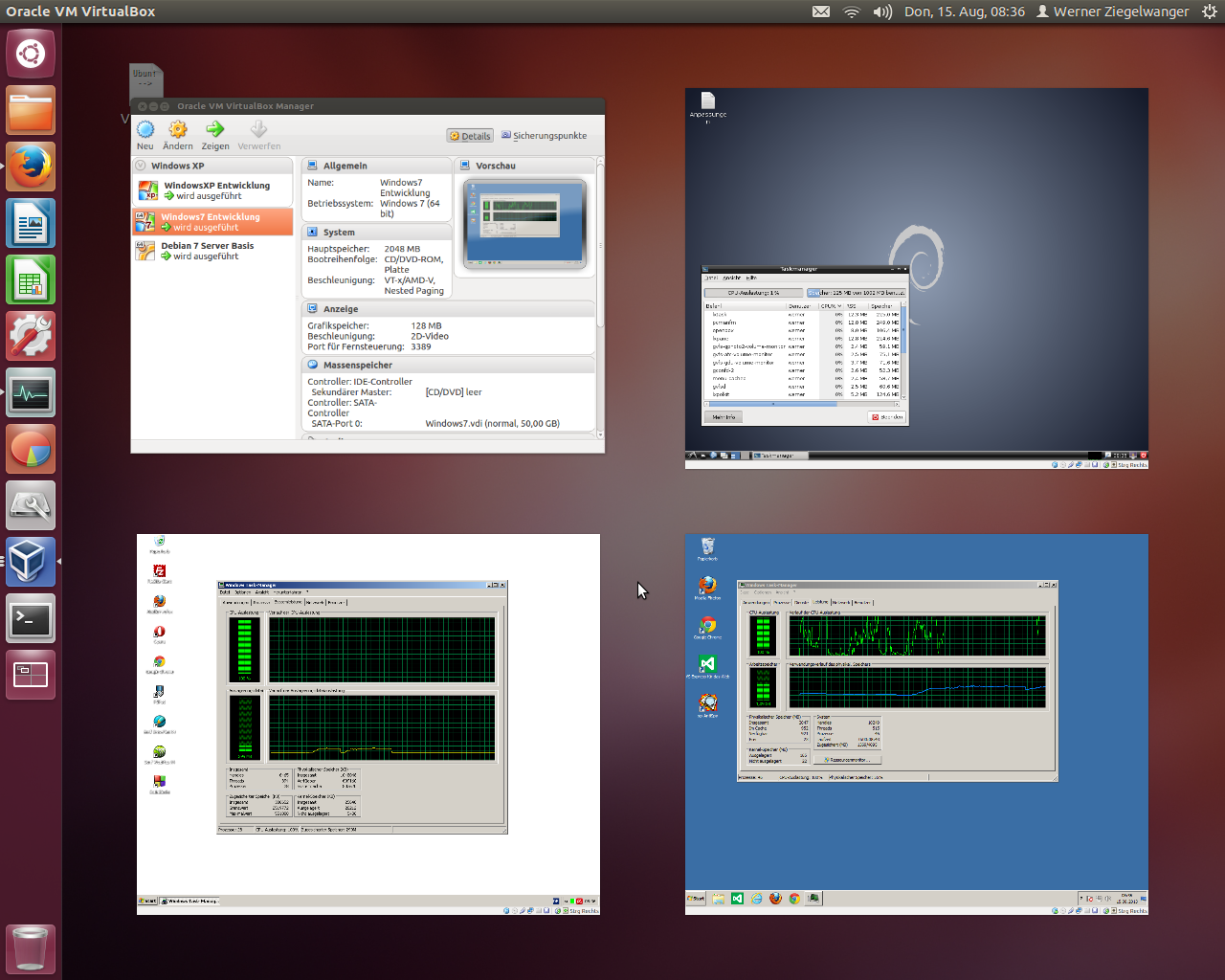 This picture shows you my server which runs guest systems Windows XP, Windows 7 and Debian 7 parallel on my host system (Ubuntu 12.04).

If you don’t know which system is good for your hardware, take some time and test it. I had a Windows Server 2011 version that comes with my server, but the system was too big for this use-case, it needed to much resources and if you use Windows, you need to buy an anti virus software (especially for a server system). So I wanted to use Debian 7 as host, but I encountered problems with my WLAN stick which was not supported correctly. I had to use my alternative Ubuntu 12.04 LTS which had better hardware support and was very easy to install. The installation worked without any additional configuration. Wow thank you Ubuntu!

Virtualization software can be installed on nearly every host system, so you have free choice. Personally I prefer Open Source Systems like Linux, because they are completely free to use and are supported and you get updates many years. You also do not need to worry much about viruses. If you prefer Windows because you are a Windows user for many years, no problem! If you run a Windows Host, you should turn off as many services as possible. One example is the index service which needs lot of performance which is better used by guest systems.

Best solution would be a command line based system without any graphical desktop. This system would have best the performance.

It is hard to describe all parts of installing an operating system which you can choose! So I show you how I installed my Ubuntu 12.04 LTS version. This is quite simple. Only follow the steps from your installer. After installation I did the following steps:

If you use a slim host system, you will discover a good performance on you guest systems! My Dual Core CPU can run up to 3 virtual systems with good performance. You can see it on this screenshot. 3 guest systems (Windows XP, Windows 7 and Debian 7) are running parallel at the moment and both Windows systems are loading updates. So both CPU cores are working hard. 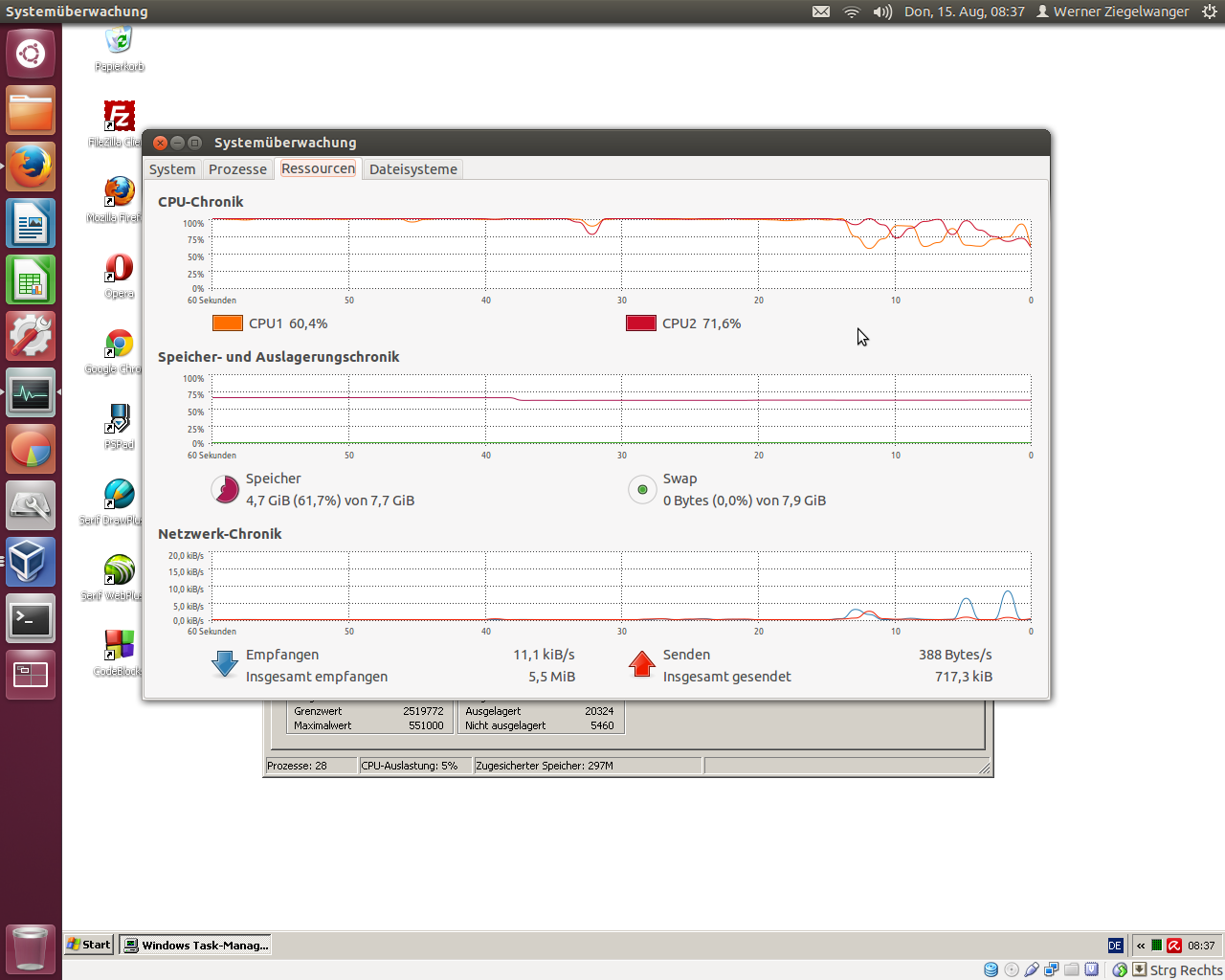 The next article is about configuring Virtualbox.